Now, frankly, I wish I learned this lesson earlier because I would have achieved what I did faster, which is why I wanted to write about this, so you can take this lesson to go out there and apply it for yourself.

Let’s set the scene by talking about the way everything tells us to make money we need to exchange our time for money. Our level of skill in something somewhat determines our hourly rate and we multiply that hourly rate by a certain number of hours. Usually 40 hours per week.

If we want to increase how much money we make, we need to work more hours or somehow get a raise. This is how most of the world works and it’s totally fine. However, the problem is if how much money you earn is tied to how many hours you work, you’re going to be driven crazy, and that’s what happens.

Long Working Hours Can be Detrimental to Your Health 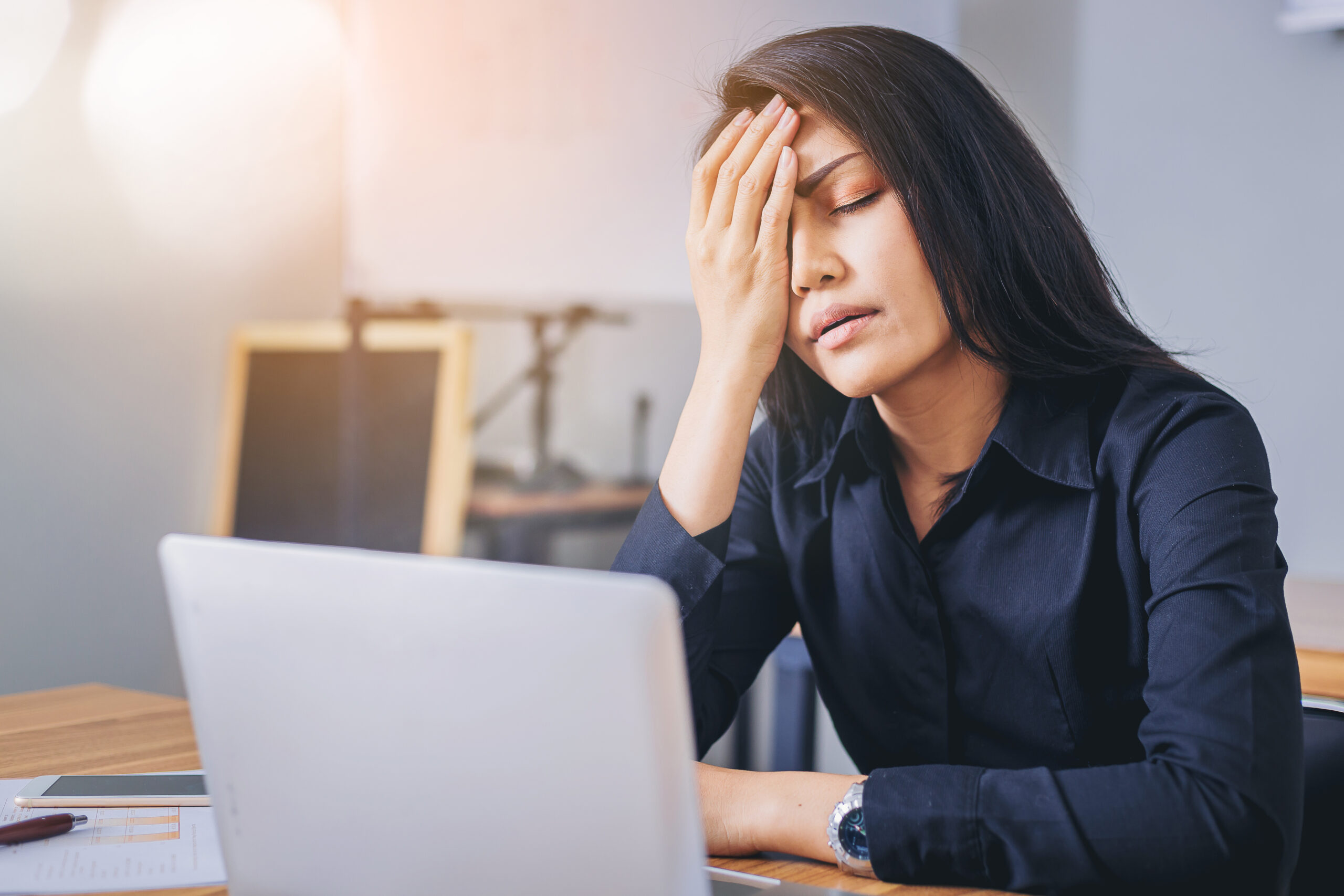 Some studies have demonstrated that long working hours were shown to impact worker’s health. What a surprise, right?

It impacts Cardiovascular and Cerebrovascular Diseases, Hypertension, Diabetes, Depression and anxiety, Work Stress, Fatigue, alcoholism, lack of exercise, and a bunch of other issues, this is taken from The Effect of Long Working Hours and Overtime on Occupational Health: A Meta-Analysis of Evidence from 1998 to 2018 (Kapo Wong, Alan H. S. Chan, and S. C. Ngan)

So, we can say, based on that evidence, we DON’T want to work longer hours to make more money. But, what about earning potential? Working our way up the ladder to get a better pay rate? And let’s ignore the fact that this will definitely mean working over 40 hours a week, but isolating the yield of pay increases over time. 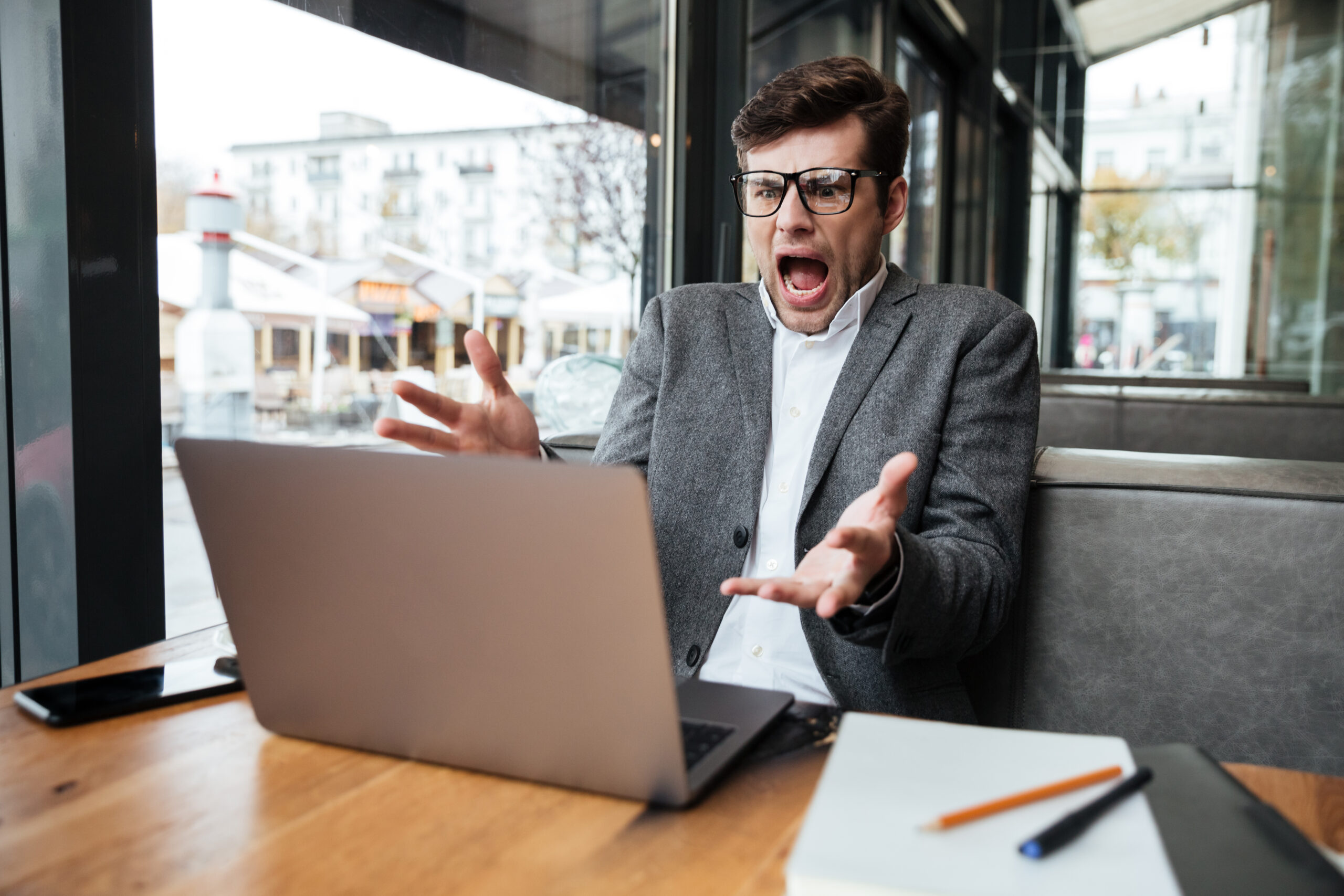 According to PayScale’s 2020 Compensation Best Practices Report, 82% of companies gave increases to base pay in 2019—but two-thirds of those companies gave raises of 3% or less. These figures include all types of raises and don’t imply that every worker had their pay increase by 3% in the private sector. SO, you might work your ass off and only get 3% on average more per year. Great, so is that really worth it? Obviously no, right?

Sadly, we have this idea that time equals money instilled in our brains from a very young age. At a certain point, you can no longer increase the number of hours. You’re working in a healthy way and even if you improve your skill levels, you’re still only likely to see that 3% increase in pay year on year as it’s the average.

We can point to going from a student to a doctor, but that’s an outlier situation. We’re talking about everyday people like you and me, not heroes like doctors and such. So, no way do we want to work more hours. Life isn’t all about work. This average increase in pay is not really ideal either. It’s less than the average returns of the stock market. The average stock market return for 10 years is 9.2%, according to Goldman Sachs data for the past 140 years.

So, if we can agree that the mainstream levels for increasing our money game (time and skill) aren’t ideal, then we need to ask ourselves if there’s something better out there.

Well, let’s take a look at the skill part of the equation. If we are on average earning a 3% increase in pay, then maybe it depends on what skill we have and where we apply that skill.

If you have more skills for your job, then you will earn more. However, you’ll also work more hours as you get more responsibility. But, your earning potential is still capped because you are still the labour. Just more skilled labour.

It’s pretty obvious, looking at the richest people in the world. Those with the capital, human-created assets that can enhance one’s power to perform economically useful work, have a much higher yield with the same level of skill.

So, what is the solution here? Well, we need to throw away the model of skill multiplied by time equals money and focus on a model where you control the capital. How much capital you have, equals how much wealth you can create.

Jeff Bezos can make more money than you or I in our entire lifetimes with a single phone call because he has this enormous amount of capital that can be distributed to bring returns we can only dream of. The beautiful thing is, we don’t need Jeff Bezos level returns to be happy. 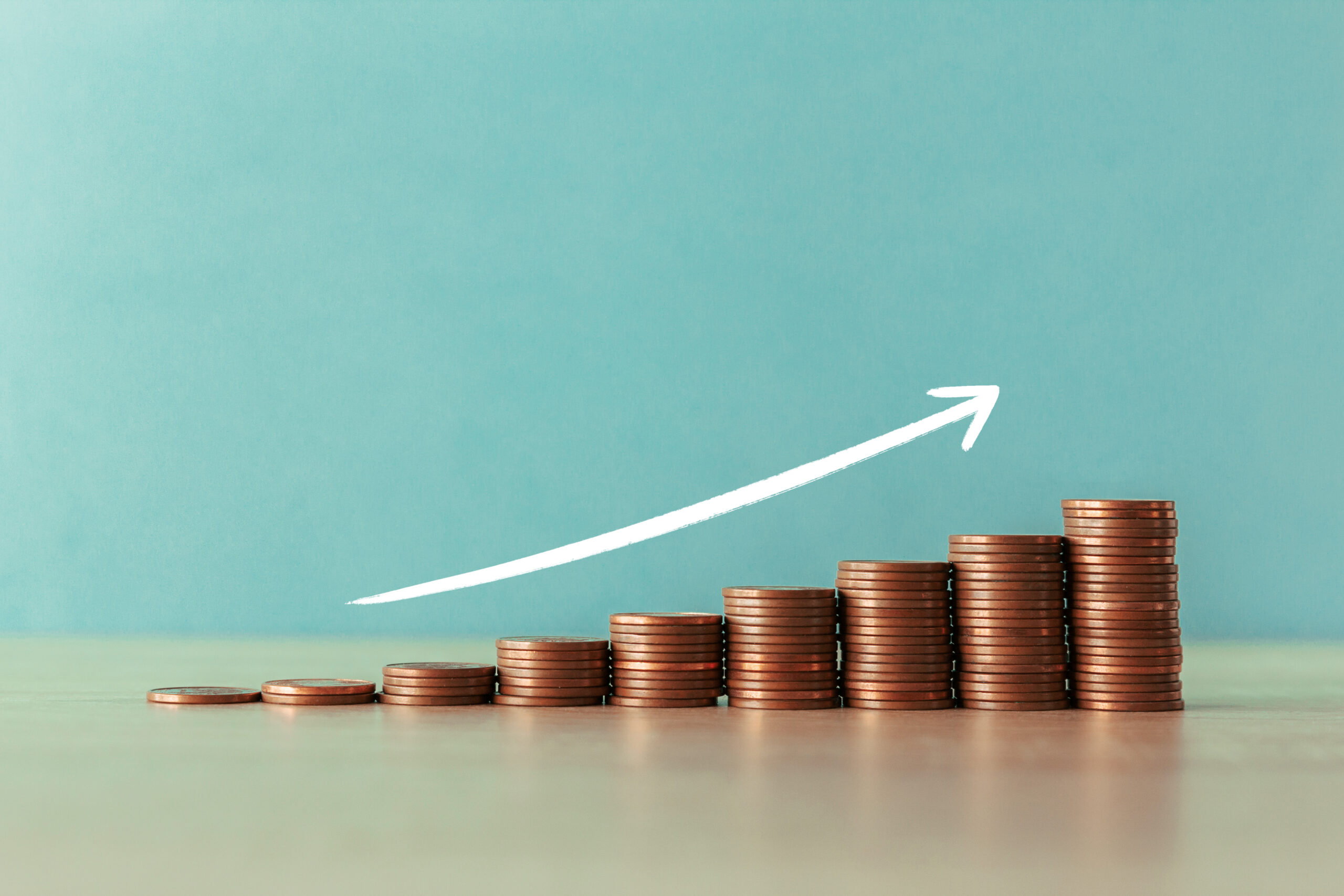 Once I’ve learnt this lesson about money, I started searching for the best ways to make it. I did a lot of research, read a lot of books, tried a few things, and I came across the skill that would allow me to make the most money for the least amount of time with the potential for 0 hours worked as a passive income stream.

Now, when people hear passive income, they usually think “oh that sounds lazy.” Of course, you have to work to make money, and, of course, any income stream should be properly managed. Get-rich-quick doesn’t exist, but there are ways you can build a system or invest in one that brings back a consistent return over time. And, if managed properly, a consistently growing return over time.

Passive income isn’t about being lazy. It’s about putting in the work now to yield a return from the system that pays you every single year, month, day, for the rest of your life, if managed right.

The thing is, not many people are willing to put in the work now to build that passive income stream that gradually builds over time. Nevertheless, it’s 100% possible. There are examples all around you. Once I’ve learnt the lesson that you can build systems that bring you money while you sleep, I put in the work to build that system.

There are many ways of doing it, and they are all great. The first passive income stream I’ve built was a simple little drop servicing business, with marketing, sales, and production that could be automated.

It took me 12 months to build it to the point where I was earning enough to travel the world, working a few hours per week on it. Today, I barely work an hour a week on that business, while it consistently brings in $100,000 passive income.

Now, did I stop managing it at all? No, of course not, that’s a stupid, lazy mindset. I still check on it and I have a range of passive income streams I’m working on. Diversification of your income streams and automation of those income streams brings more stability. It frees up your time and you can reinvest it in areas that will bring you a higher return on the time you put in.

It’s about breaking free from the selling time for money, active income that everyone works on and moving into what you see the wealthiest people doing, working on their passive income streams.

Make Money From Your Past Effort 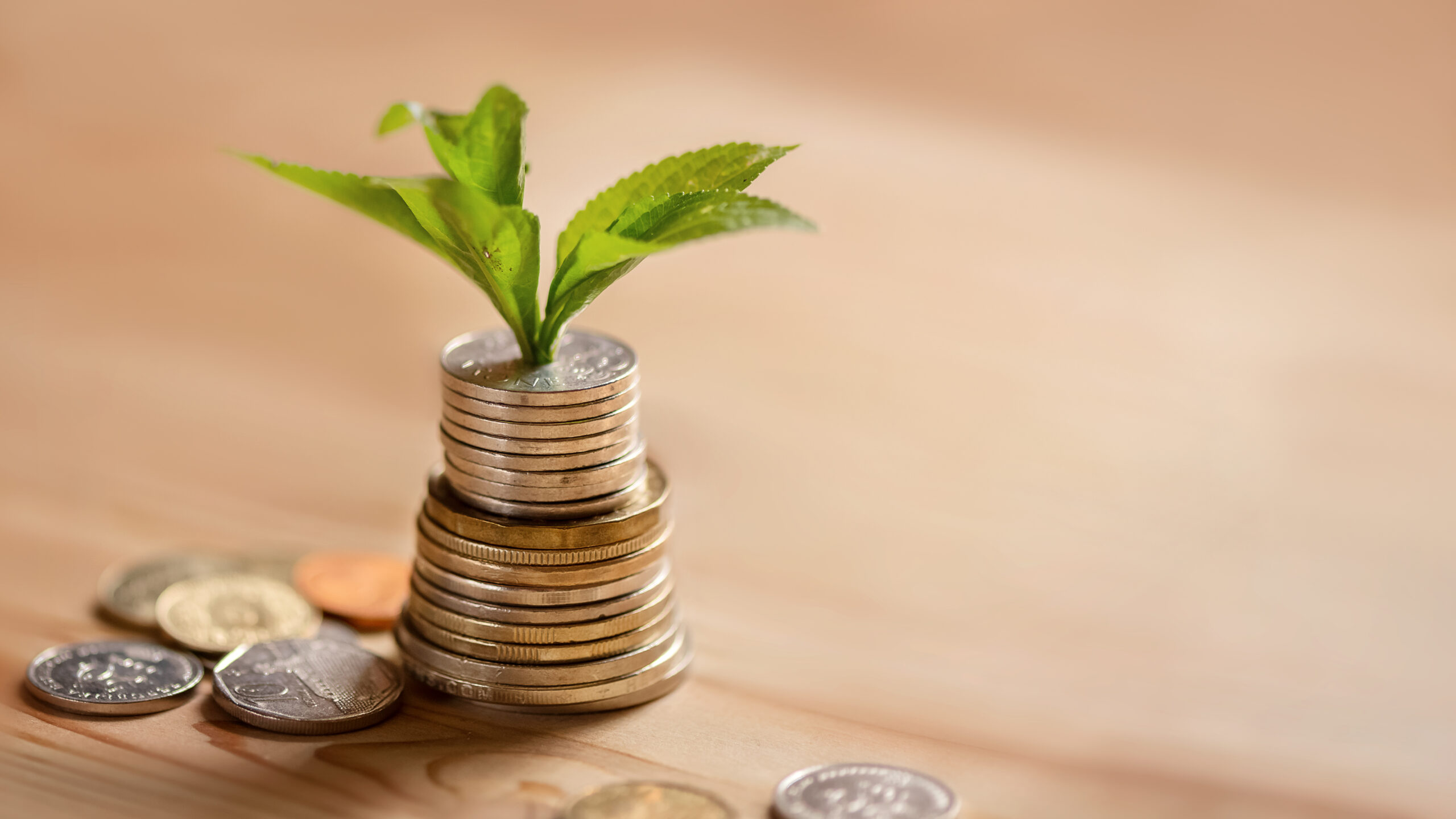 Passive income is certainly earning money off of your past effort. So, your past effort brings you current and growing future returns, even after you’re done working on it.

Another simple passive income stream is even building a Youtube Channel. If you do a good job and your videos get views, over time you can earn money on the ad revenue from those videos, even after you’ve finished investing time in the videos.

I also earn money from courses and businesses that I’ve built, beyond that first one. I’ve automated those businesses with people and software that keep the system working and bringing in better returns over time. It’s essentially the same with the stock market. You invest in owning a piece of systems (businesses) that bring in capital and create value. You get a portion of that value, simply by owning some of the systems. Passive income is simply making your money and time work for you, instead of for someone else.

So, I’m earning money from my past effort, but if I just stopped managing the systems built by that past effort, then they’d probably fall apart. So, I still need to manage those systems.

However, you might be wondering, how passive is my income now? Well, essentially every month, my ‘per hour’ income increases. Over time, all of my past efforts have a compound effect on how much income is being created by the systems I’ve set up. This enables me to escape the time for money exchange taking place when you work just a single job.

But, that’s the thing. You don’t need to magically escape your current situation to start earning passive income today. You simply need to spend your money on assets that earn you more money in the future. That’s what I did when I started. I was working in a call centre and lived very frugally, spending as little money as possible, just on the essentials. I did that so I could invest my money in assets. You can do this with online businesses, the stock market, real estate, youtube, there’s so many things.

It’s about budgeting out your income, and investing what you can back into passive income streams, so that, over time, you make more money and get that compound effect going.

The same is true with your time. When I started out, I was very strict with my time and made sure I managed it very intensively. I was investing my time in activities that would have a greater return over time. Meaning things like working directly on my passive income streams. But, also, studying, so I would have more knowledge I could implement to get better results, or exercising and eating healthy, so I would have more energy to be able to focus on building those passive income streams.

Go Up or Down 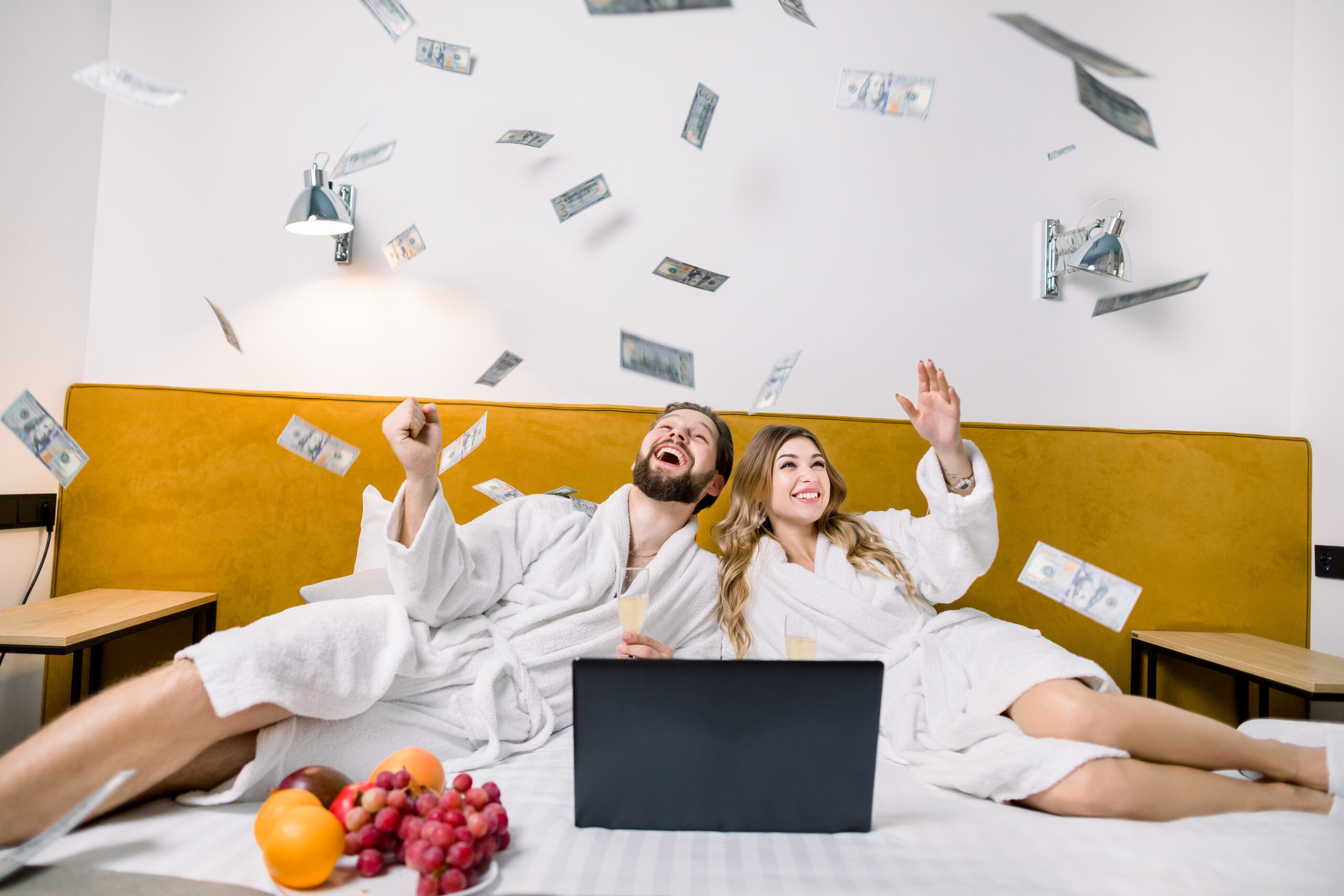 Every decision you make is either moving you up or down. Managing those decisions is the most important thing that determines where you’ll be in the future. Often, we justify the small decisions in the present, like watching another episode of The Witcher, because it’s not a big deal. In reality, it impacts how we feel the next day. Maybe we are tired and don’t get as much work done. So, we make that same bad decision over and over again. It’s become a habit. We think it’s not a big deal, but, in reality, it’s compounding to bring us lower and lower.

You need to audit where you are spending your time, money, and energy. Then, invest it in the areas that will give you that compound effect. Specifically, build that passive income stream that makes you money while you sleep.

BACK TO ALL ARTICLES